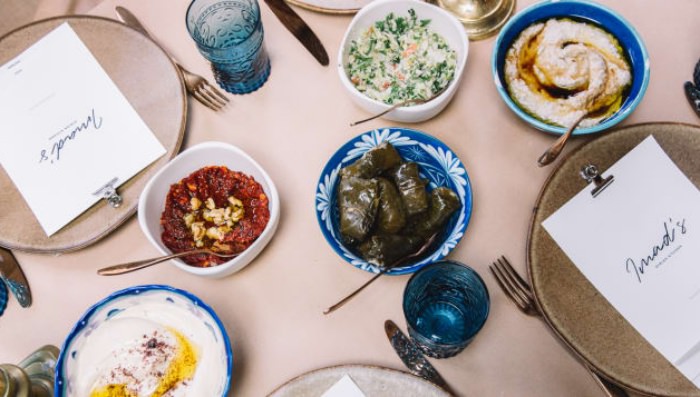 How I traveled to Syria for my birthday, and loved it

Yes I traveled to Syria last week. Not the broken and abused Syria that we all know from the news but the Syria full of colours, smiles and flavours that once stood proud. That’s right, that’s where we all went on Thursday night with a bunch of super girlfriends and in the comfort of my own house in London, raising money with #cookforsyria along the way.

Mr Imad Alarnab, a soft-spoken man from Damascus with smiling-eyes and a big heart took us on a journey to his homeland with a prepared feast of Syrian dishes, all served in his colourful ceramics. And in lieu of birthday gifts, everyone made a donation to the Unicef Next Generation fund supporting refugee children. We ended the evening with both hearts and bellies full.

Imad is a Syrian refugee who made it to the UK in 2015 the hard way, like thousands (tens of thousands ..  millions) of other refugees like him. He escaped Damascus one night for fear of his life, drove his car to the border, and embarked on the beginning of a new chapter, with many hard bumps along the way. He carried around his love of cooking and ended up around a stove in the jungle of Calais for 64 days before finally making it to London (after 7 failed attempts). Last year, he was reunited with his wife and three daughters whom he managed to bring over to the UK. In his own words: ‘it was the best year of my life’. With the help of several charities including #CookforSyria in partnership with the Unicef Next Generation Project, Imad was able to turn his dream of cooking again into a reality. CookforSyria is a dynamic movement to raise funds for refugee children currently in camps. Two recipe books have been published to date, with the help of Imad and the contributions of many famous chefs such as Yottam Ottolenghi and Nuno Mendes. Several popups and supper clubs have been organised throughout London, often with Imad serving his delicious dishes, with the proceeds going to the Unicef fund.

I was introduced to Imad by the lovely Serena Guen, founder of Suitcase Magazine. (Serena is one of the forces behind the initiative #CookforSyria). Imad now delights Londoners with his soulful recipes. He is growing his catering business, aptly called Imad’s Syrian Kitchen … until one day, he can hopefully open a restaurant again.

With hope (and hard work), anything is possible. To top it all last week, Imad came accompanied by his childhood friend Hassan Akkad last week. You might have heard of Hassan and his documentary Exodus featured on the BBC – he won many awards including a Bafta. An English school-teacher and photographer in Damascus, Hassan came to the UK the hard way as well, in the back of a truck, on a dinghy … He is now a respected film-maker and producer, with a calm yet moving way to share his personal story. During his exodus, he filmed the entire journey with a Go-Pro camera. The documentary humanises the account of those millions of refugees, without the sensational narrative that we all got used to in the news. Above, refugee-turned-film producer Hassan Akkad: before and after, yet very much the same person, with the same heart and determination to fight for his life and for his values.

Ps: none of the photos above are my own..except this little one below:) Skateboarding in Uganda with the children
The life cycle of a plastic bottle
A (family) night in the desert, Oman |1|
Projects Abroad: Philippines calling 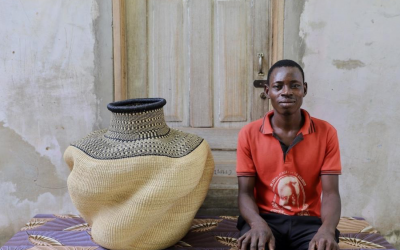 I've read that Christmas tree sales are to the roof this year, and people have never been buying them so early in the festive season. I have never published a curated list of gift ideas -  so here you go: thoughtful, soulful gift ideas to satisfy a wanderlust. Because... 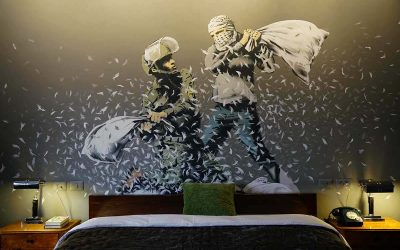 At the Banksy hotel

You know the street artist Banksy, right? Did you know that he has a hotel in Bethlehem, Palestine? It's called the Walled Off Hotel and generates lots of controversy, as you'd expect.  But whichever side of the wall you are on, Banksy...